A crucial and decisive step towards the development of the Galileo Public Regulated Service (PRS) military User Segment has been taken today with the Kick off Meeting of the GEODE (GalilEO for EU DEfence) project.

This project managed under the aegis of the Belgian, French, German, Italian and Spanish Ministries of Defence is one of the most ambitious Defence cooperation projects launched under the umbrella of the European Defence Industrial Development Programme (EDIDP) of the European Commission. GEODE is also the biggest Galileo application development project ever launched. Sponsored by Belgium, Germany, Italy, France and Spain which contributions should exceed 82.7 million Euros, it is supported by the EU with a grant of about 44 million Euros.

GEODE is establishing the framework for developing the Galileo PRS user segment for Defence applications. The setting up of this framework starts today already with the involvement of 30 companies and organisations from 14 EU Member States: Belgium, Czech Republic, Estonia, Finland, France, Germany, Greece, Italy, the Netherlands, Poland, Portugal, Spain, Sweden and Romania.

National Defence organisations have thoroughly elaborated in close cooperation with Industry the complete roadmap for the Galileo PRS military user segment development. Starting from a significant specification and standardisation phase, GEODE will prototype, test and qualify 7 PRS Security Modules developed from various technologies, 9 PRS receivers (including 2 server-based variants), 4 GPS/Galileo PRS compatible anti-jamming Controlled Radiation Pattern Antennas. In addition, a common and standardized test environment will be developed as well as a PRS infrastructure to ensure the availability of the security assets for operational testing. To complete this picture, military operational field testing will be organised on military platforms (naval, land and Drones) and timing and synchronisation system in (at least) Belgium, Czech Republic, France, Germany, Greece and Romania. A PRS solution for spacecraft will also be designed and prototyped.

Beyond paving the way for the equipment of EU Member States Defence forces with Galileo PRS, this military user segment developed, tested and certified in the frame of GEODE aims to be available for export towards third countries (which have the necessary PRS security agreements with the EU).

The GEODE project will be completed in 2026.

Among its multifold ambitions, GEODE will boost the EU industry competitiveness in the highly strategic domain of military positioning, timing and synchronisation, it will foster the equipment of EU Member States military forces with the Galileo PRS capability, essential to reinforce their interoperability and autonomy, it will facilitate the access to complex security certified technologies and make them affordable through means of standardisation and by creating the necessary critical mass.

In brief, this project will bolster EU Member States military capability, create business opportunities for the EU industry in the field of military application of satellite navigation, and maximize the benefits of the Galileo programme by energizing the adoption of its PRS service, in all EU Member States and beyond.

It is worth noticing the very efficient collaboration set up between the national Defence organisations and Industry, working closely together in a really constructive team spirit, as well as the perfect match between European Commission, Member States and Industry interests, that are highly promising for the project achievements.

This project has received funding from the European Defence Industrial Development Programme (EDIDP) under grant agreement No 039.

The GEODE project is developed in the context of the European Radio-navigation Solution (EURAS) project of the Permanent Structure Cooperation (PESCO). The EURAS project aims at promoting the development of EU military PNT (positioning, navigation and timing) capabilities and future cooperation taking advantage of Galileo and the Public Regulated Service (PRS). 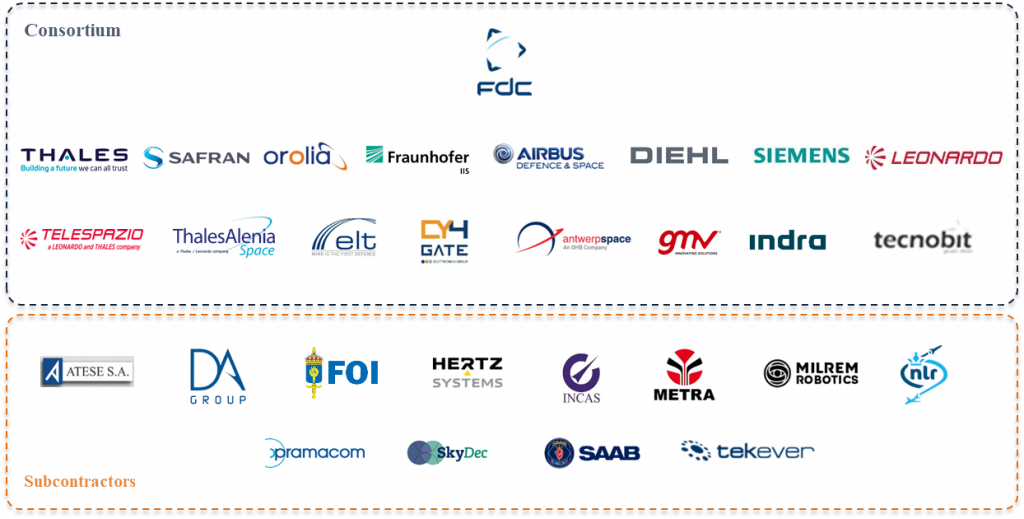 This paper reflects only the author’s view. The Commission and the EU Member States involved in the Geode project are not responsible for any use that may be made of the information it contains.